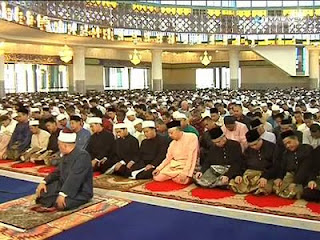 Narrated Abu Huraira:
The Prophet said, "When it is a Friday, the angels stand at the gate of the mosque and keep on writing the names of the persons coming to the mosque in succession according to their arrivals. The example of the one who enters the mosque in the earliest hour is that of one offering a camel (in sacrifice). The one coming next is like one offering a cow and then a ram and then a chicken and then an egg respectively. When the Imam comes out (for Jumua prayer) they (i.e. angels) fold their papers and listen to the Khutba."
Dicatat oleh abuafif di 12:15 PG 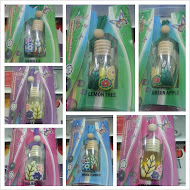